While the Mac has a more rigid environment that makes it more difficult to hack or breach compared to its Windows counterpart, there are still numerous ways data can get lost or damaged.

From power surges and random drive failure up to HFS+ errors, especially those that have not updated to High Sierra can lead to damaged or lost files.

Backing up data, however, can be expensive and time-consuming. An option that will make it easier and more affordable is cloud backup for Mac.

Why You Need Data Backup and Recovery for Mac?

The Mac, or the Macintosh, is a desktop computer produced by Apple. IT runs its own unique operating system called Mac OS, which is now at Mac OS X.

Like its mobile counterpart, the iOS, it is pretty closed off compared to its popular competitor, which is Windows. This has led to the belief that the Mac is much safer than the PC.

While there is some truth to this claim, it has also led to a degree of over compliance. A lot of Mac users, including business users, have complete confidence in the security of Mac that they don’t even regularly backup their data anymore.

But like anything in the IT world, there is no such thing as a completely safe and secure unit. In fact, in 2011, the OSX Flashback, which is also known as the Flashback Trojan, affected more than 700,000 users. 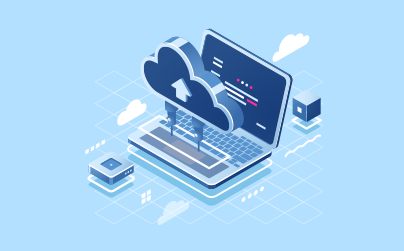 Unfortunately, Apple’s response was not as fast. Patches were distributed more than 50 days and were only for OS X Snow Leopard and OS X Lion versions. Older OS X users were advised to turn off Java instead.

As you can see, even if Mac is running one of the safest operating systems, it can still be vulnerable to attacks, which puts your business data at risk.

What Are the Benefits of Cloud Backup for Mac?

Now that you recognized that your business data can still be lost or damaged even in Mach computers, you should go to your trusted managed service provider for data backup and recovery.

But why go to the cloud instead of installing your own servers and backing it up on your own? Here are the reasons why:

Backup Process is Automated and Customizable

Instead of doing regular manual backups of your business data, going to the cloud will allow you to automate the whole process. You can configure how often the system will perform the backup process. It can be done weekly, biweekly, or monthly. The choice is yours. You can also set the time when the backup process will happen. This is usually done when there are fewest users using your Internet bandwidth so that it will have minimal impact to your business operations.

Backup Data is Mobile and Flexible

Sine the backup data will be hosted in cloud servers, its recovery will be delivered via the Internet. Contrary to on-premise systems where the backup data can only be accessed within the covered area of the system, cloud-hosted business data, including its backed up copies, can be recovered from anywhere as long as the user has the privilege to access it, and of course, a PC, laptop, or mobile device that is connected to the world-wide-web.

Cloud backup data are hosted on highly secure servers, which are in turn hosted in highly secure data centers. They are virtually protected against data breach and transmission interception by high-level security measures including encryption. Physically, access to the actual servers is limited only to a number of people who are tasked to manage and monitor these hardware.

Easily Adjusts to Your Business Needs

Cloud-hosted backup services are highly scalable, which means it is easy to adjust to the needs of your company. Need more backup storage space as your company grows? Just expand your subscription for higher cloud storage. Best of all, one account can backup multiple locations. No need for separate backup systems for each one.

From setting up cloud data to data recovery assistance, thinkIT Solutions got you covered.