A 2015 Cloud Security Alliance report states that over 70% of the world’s businesses use the cloud. Forbes predicts that over 80% of enterprise workloads will be cloud-based by 2020. There is a growing use of the platform. And, people are also concerned about the security issues in cloud computing. 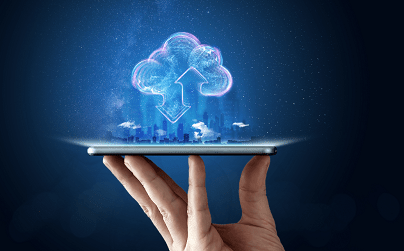 About 91% of organizations are concerned about security. This is according to a 2018 report from Crowd Research Partners. The same report states that only 18% of these organizations confirmed that they had a cloud security incident within the year. Your information in the cloud is most likely secure.

However, it is still worth the time to review the data privacy and security issues in cloud computing. This is so that users could be more responsible in using cloud computing.

Distributed denial-of-service attacks or DDoS are used by hackers to take down websites. In DDoS attacks, hackers overwhelm the traffic of a system, usually a website. That overwhelming surge is enough to take down a whole system. For this reason, DDoS attacks are also security issues in cloud computing.

Phishing emails are those messages that pretend to be something from a legitimate organization. It will ask for the user’s sensitive information such as bank and personal details.

A 2018 report from Symantec states that a staggering 54.6% of emails around is spam. Alertlogic.com reports that 92.4% of malware is distributed via email.

These disasters that could cause data loss are actual natural disasters. These disasters include floods and earthquakes. Such elements could destroy the hardware that contains data in on-premise environments.

But, cloud computing is now used by companies as backup storage for their data. Some had even migrated their data to cloud storage.

Loopholes, once found by hackers, could be exploited in cloud systems. Once exploited, this can be the cause of data loss. Thus, data loss is one of the security issues in cloud computing.

Ransomware is one of the disturbing security issues in cloud computing. This type of malicious software operates in a true criminal fashion.

Ransomware is malware that penetrates a system, usually in devices. The ransomware will then steal sensitive information from that system or device. It could be bank account details, personal information, or important documents. It will hold these data that would cost you a lot once you have lost it.

The interesting part about the malware is it will ask for payment so you could have your data back. Thus, it is called ransomware.

Businesses lost more than US$8 billion in 2018 due to ransomware attacks. For this reason, ransomware is one of the major data privacy and security issues in cloud computing.

Some businesses cannot maintain keeping passwords to be known only by a few people. Managers have to give passwords to their employees to access data in the cloud. The number of password-knowing employees grows, and so are the likelihood of hijacked accounts.

Businesses could avoid account hijacking if they draw clear security protocols. These protocols will guide their employees in the practice of cloud security.

You could expect these security issues in cloud computing if your provider gives lousy service. Proper security protocols and systems are needed to avoid these cloud security threats.