Cloud computing is indeed a great innovation in the field of computing. The cloud added flexibility and efficiency in computing. The advancement that it gave to industries is unparalleled. So, it is also important to look back on the history of cloud computing concepts.

The beginning of cloud computing is important as it gives us an idea of how it grew into a large industry as it is today.

Earliest sections of cloud computing concepts even date back to 1955. In that year, John McCarthy created a concept wherein a group of users shares a computing time.

Computers are not easy to operate back then. That was the year when the first general-purpose computer ENIAC retired. So, McCarthy’s idea was a bit far from possibility back then. 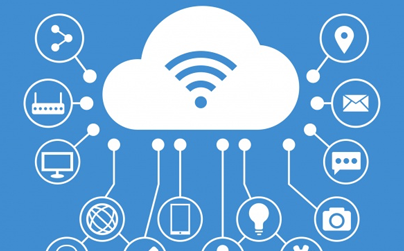 McCarthy’s “time-sharing” theory aims to make computing a much more efficient task. This is one of the earliest ideas among cloud computing concepts.

A great leap in the development of cloud computing services happened in 1969. That was the year the ARPANET was established. ARPANET was known as the Internet before the Internet. It allowed multiple computers to share the same digital resources.

Cloud computing concepts have been around since the development of the internet. But, cloud computing only became a significant idea in the 2000s. That was the time when Amazon rose up as one of the top cloud services providers in the world.

Experts are still not sure about where the term “cloud” originated. But, the name became one of the driving forces in defining cloud computing concepts. Without the name, we would be seeing the cloud as a mere feature of the Internet.

Yet, the term “cloud computing” can be traced back as early as 1996. That time, the term was used in a document by Compaq Computer.

In 2008, Dell made an attempt to trademark the term “cloud computing.” But, this outraged a lot of programmers.

In 2011, people are already pretty aware o cloud computing concepts. In fact, it already appeared 48 million times on the Internet back then. Yet, it was only added to the Oxford English Dictionary in 2012 as a “sub-entry.”

Rise of Corporate Use of Cloud Computing Concepts

In 1999, Salesforce was the first company to offer app services over the Internet. Their service also helped in developing the Software-as-a-service cloud concept.

In 2006, Google released the Google Apps. This move made cloud computing concepts closer to the public. In fact, you might still be using Google Apps today as G Suite.

Further back, in the mid-2000s, Amazon rose as a giant of services backed by cloud computing concepts. They had high-profile clients. Some of their clients are none other than Netflix and NASA’s Mars Curiosity Rover program. They are still one of the top companies that offer cloud computing services.

Cloud market domination by large corporate entities have been declining in recent years. This is partly because small-scale businesses are starting to compete with these giants. Cloud computing concepts are no longer in the monopoly of large corporations.

Large corporations usually offer rigid packages for services with cloud computing concepts. But, small service providers top this with much more flexible solutions. They started to maximize the flexibility of the cloud. Their solutions are so flexible that they could be adjusted to be industry-specific.

Today, cloud computing is an ever-growing industry. The public cloud services alone grew to up to $145.3 billion worldwide in 2017 according to Gartner. Even before the year 2018 ended, it went up to $175.8 billion globally.

Even by 2017, 80% of companies are increasing use of cloud according to IBM.

Increasing use of cloud computing concepts is going faster. Cloud’s low cost and flexibility are attracting a lot of businesses to use the platform. Gartner predicts that the cloud computing market will grow from $182.4 billion in 2018 to $331.2 billion by 2022.

Gartner also predicted that the year 2019 will end with $214.3 billion for the cloud computing market. It would be a 17.5% jump from the previous year’s growth.