The reputation of Mac devices in terms of security is better than its Windows counterpart. After all, Mac has a very rigid and closed off environment that makes it more difficult to hack or breach.

However, in the age of the Internet, there is no system that is 100 percent safe and protected. Even the rigid OS of the Mac can be susceptible to different threats internal and external, including power surges, drive failures, and Mac OS targeted attacks.

That is why it is important that your business back up data from your Mac devices even if it has a reputation for security. That is just smart IT management.

Before defining the possible threats against Mac computers and devices, let us define what Mac is first. 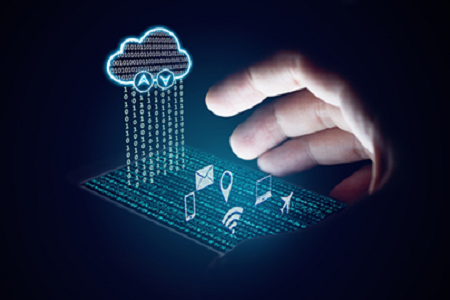 The Mac, or Macintosh, simply refers to the desktop and laptop computers produced by Apple. Instead of running Windows like most office computers, the Mac runs its own operating system, which is the Mac OS. Its latest iteration is the Mac OS X.

Similar to its mobile counterpart, the iOS for iPhones and iPads, the Mac OS is pretty rigid and makes it difficult to communicate with devices that are not operating on the same environment. For example, peer-to-peer file sharing can be difficult unlike with Windows, which is a pretty open OS.

This closed-off feature of the Mac OS is what gives the Mac the reputation for being safe and protected.

Of course, nothing is completely safe in this world. In 2011, the Flashback Trojan, also known as the OSX Flashback, infected more than 700,000 Mac units all over the world.

This Mac targeted Trojan virus specifically infected the data of the computers and laptops. It led to massive data loss due to data deletion, blocked data, and modified data.

Imagine if one of your business is one of those affected. The results can be catastrophic for your organization.

The slow and limited response of Apple did not provide comfort to the affected users as well. The patches for fixing the issue was released more than 50 days after the first infections and were only applicable to Macs running OS X Snow Leopard and OS X Lion Versions.

Owners of Mac computers and devices, which were running older versions of the OS were advised to just turn off their Java.

This goes to show that even a closed-off operating system like Mac OS still needs a reliable cloud backup and recovery solutions.

Manual backup and processes can be tedious and time-consuming. It tends to take up a lot of time for your IT staff, which leaves them with little time to do other IT tasks.

Fortunately, by going to the cloud for your data backup needs, you are able to automate the whole process.

In fact, you can define the data and the sources you want to back up. You can also set a schedule for the whole process, which means you can set how often the system will back up data and when it will happen.

Ideally, the backup process happens during a time when there are zero to minimal users present so that it does not pull bandwidth from the operation.

Another advantage of putting your backup and recovery process for Mac computers is that the backup data is available from anywhere there is internet connection.

In the event of lost and damaged data due to affected Mac computers, there is no need to panic as long as there is a backup copy in the cloud.

User with the right permissions, usually admin users, can access the backup cloud server to recover the backup copy of the lost or damaged data.

Since it is in the cloud, they can use any internet connected device to retrieve the data from anywhere, even if they are not in the office.

Cloud backup servers are kept in the most secure data centers, both physically and virtually. Access to these servers is limited to people who are tasked to maintain and manage them physically. Virtually, cloud backup and recovery providers employ several high-level security measures for a multi-layered approach to protecting your backup data.

In addition, these cloud servers are hosted remotely, separate from your office network physically. In the event that something happens to your office like a flood or earthquake, your cloud backup server is safe and intact even if your on-premise network is affected.

For a reliable, secure, and flexible data backup and recovery solutions, you can count on thinkIT Solutions.

We can assist your organization from cloud backup server setup and configuration to actual data recovery. We can back up your data from any operating system including Windows, Linux, and Mac OS.