Cloud computing’s meaning with an example is the easiest way to define it. This is suitable for non-tech people to understand its concept. The familiarity of using the services can help identify the cloud as a useful technology. Relatable examples will help in understanding the technology that dominates the e-commerce industry. 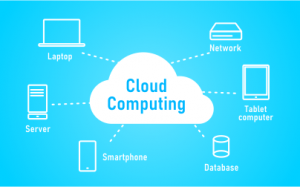 What Is Cloud Computing?

Cloud computing is a technological innovation that uses the Internet. It distributes computing resources. These resources include software, servers, insights, databases, statistics, and additional kinds of data. Let’s see how cloud services answer what is cloud computing for example.

What Is Cloud Computing with Example Based on Services

IaaS – Infrastructure as a Service

Cloud computing has opened possibilities for small and medium businesses. This is due to its virtual infrastructure service that cuts costs. Upfront costs include setup, configuration, and operations. What is cloud computing with example based on IaaS? It deals with Virtual Machines, hard disks, servers, networks, and load balancers.

Computing infrastructure is the most expensive investment among computing resources. Data centers on-site, networking security, servers, and storage facilities compose the computing infrastructure. These make the service popular to users of computing resources. They are the ones who want to avail the pay-per-use policy. Businesses that need more resources during peak season would scale up. They can scale down when peak season is over.

PaaS – Platform as a Service

PaaS uses servers, storage, networking security, and data centers. They leave the infrastructure management to the service provider. Instead, PaaS manage operating systems, development tools, database, and analytics. That is the difference between IaaS and PaaS.

What is cloud computing for example based on PaaS? Cloud computing offers a platform for developers. Platform as a Service deals with runtime like Java Runtimes. It also deals with databases like MySQL and Oracle, and web servers. PaaS is more convenient for developers. This is because they can choose the amount of resources they’ll need. The pay-per-use policy makes the pricing and resources flexible depending on their needs. It is also designed in particular for developers to create applications.

Also, PaaS makes the job easier for developers. They no longer need to deal with infrastructure management. Managed services to take care of the demands of operations. This will not interrupt the main task of developers. That task would be the process of application development, testing, delivery, and management.

What is cloud computing for example? Under PaaS, here are some of the cloud computing samples. We have AWS Elastic Beanstalk, Windows Azure, Google App Engine, and Apache Stratos.

SaaS – Software as a Service

SaaS or Software as a Service is the most popular cloud computing service. This is because of the consumers. This service is the most accessible. Consumers use the applications. They don’t manage any of the software and hardware resources.

What is cloud computing with example based on SaaS? SaaS deals with applications like emails, Google Docs, and Social Networking sites.

SaaS is also used to deliver software applications using the Internet. As long as consumers have Internet access, SaaS cloud computing service is available. Like IaaS and PaaS, SaaS is also using the pay-per-use policy. It could be for free or per subscription. Cloud computing service providers manage everything from infrastructure to applications. 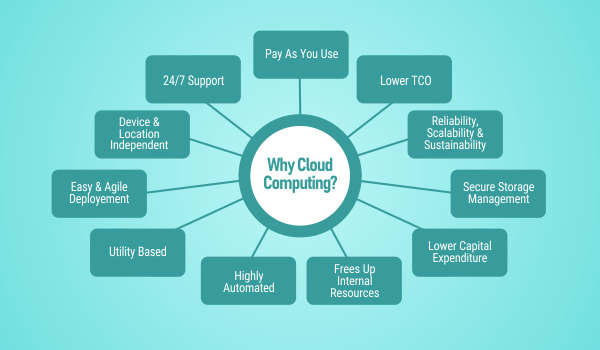 Most Common Uses of Cloud Computing for Business

Most Common Uses of Cloud Computing for Business